Our view at the airport.

When our flight back to Kuala Lumpur was cancelled, there was only one place to go in New York, Harlem. Nicknamed “Black mecca” Harlem was one of the places where it felt like it was ok to be proud to be Black. My first introduction to Harlem came through a poem in high school. Adolecence was a time of self idenity and discovery for me. At sixteen I began to lean into my ancestor’s wispers. I listened and learned about who I was, am and will become. Visiting for the first time felt like home. Thank you Harlem. Keep reading to find out more Harlem and all it has to offer!

Harlem is a neighborhood in Upper Manhattan, New York City. It is bounded roughly by Frederick Douglass Boulevard, St. Nicholas Avenue, and Morningside Park on the west; the Harlem River and 155th Street on the north; Fifth Avenue on the east; and Central Park North on the south. The greater Harlem area encompasses several other neighborhoods and extends west to the Hudson River, north to 155th Street, east to the East River, and south to Martin Luther King, Jr., Boulevard, Central Park, and East 96th Street.

n the 1920s and 1930s, Central and West Harlem was the focus of the “Harlem Renaissance“, an outpouring of artistic work without precedent in the American Black community. Though Harlem musicians and writers are particularly well remembered, the community has also hosted numerous actors and theater companies, including the New Heritage Repertory Theater,[29] National Black Theater, Lafayette Players, Harlem Suitcase Theater, The Negro Playwrights, American Negro Theater, and the Rose McClendon Players.[54]

he Apollo Theater opened on 125th Street on January 26, 1934, in a former burlesque house. The Savoy Ballroom, on Lenox Avenue, was a renowned venue for swing dancing, and was immortalized in a popular song of the era, “Stompin’ At The Savoy”. In the 1920s and 1930s, between Lenox and Seventh Avenues in central Harlem, over 125 entertainment venues were in operation, including speakeasies, cellars, lounges, cafes, taverns, supper clubs, rib joints, theaters, dance halls, and bars and grills.[55]133rd Street, known as “Swing Street”, became known for its cabarets, speakeasies and jazz scene during the Prohibition era, and was dubbed “Jungle Alley” because of “inter-racial mingling” on the street.[56][57] Some jazz venues, including the Cotton Club, where Duke Ellington played, and Connie’s Inn, were restricted to whites only. Others were integrated, including the Renaissance Ballroom and the Savoy Ballroom.

Here’s are some of our favorites.

The Apollo Theatere-Amateur Nights are still hosted each Wednesday.

Sylvia’s Resturant. During our bonus week stay, we went to Sylvias…twice. Which hopping the train in the freezing winter weather. It was worth both times. Walking in feels like your grandmother’s kitchen. We ate BBQ Ribs, Macaroni and Cheese, Fried chicken and sweet potatoes. Sylvia’s is comfort food on sterioids. For close to 60 years, Sylvia’s Resturant has been a staple of the neighborhood thanks to its Southern comfort food. The menu has all the classics covered, from fried chicken and waffles and barbecue short ribs, to catfish and peach cobbler, and you can even tuck in while singers perform during weekly events including the packed Gospel Brunch Sundays and Live Music Wednesdays. A popular spot among politicians, Presidents Bill Clinton and Barack Obama have dined here, as well as Senator Bernie Sanders, Jesse Jackson and Al Sharpton.

Studio Museum of Harlem-Dedicated to showing the works of African Americans, members of the African diaspora and artists from the African continent, the Studio Museum in Harlem offers a collection of vibrant and inspiring art of the 19th and 20th centuries. More than 2,600 pieces – including paintings, drawings, sculptures, watercolors, photographs, videos and mixed-media installations – credited to more than 400 artists are displayed throughout the museum, along with the permanent archival collection of work from renowned Harlem Renaissance photographer James Vander Zee.

“ Happiness is a perfume, you can’t pour it on somebody else without getting a few drops on yourself.”

Harlem Haberdashery is a family-run boutique that is the retail extension of 5001 Flavors, a custom clothing company that began more than 25 years ago. Its style favors colorful three-piece suits, all-white ensembles and oversized hats. Celebrities, including DJ Khaled, The Notorious BIG, Jay-Z and LeBron James, have all worn pieces from 5001 Flavors. The shop, which celebrates the spirit of Harlem in the 1970s and ’80s, isn’t just for celebrities, offering ready-to-wear options in men’s and women’s styles.

Red Rooster-Opened in 2010 by celebrity chef Marcus Samuelsson, Red Rooster the restaurant derives its name from an infamous 138th Street speakeasy of the same name that closed in the 1980s. In the basement of the soul food eatery is Ginny’s Supper Club, Red Rooster’s very own speakeasy, where musicians and DJs perform live every day of the week. Samuelsson’s menu is another homage to Harlem: dishes feature traditional neighborhood staples such as chicken and waffles (said to be invented there), shrimp and grits and a short rib named for President Obama who dined at the restaurant during a 2011 DNC fundraiser. 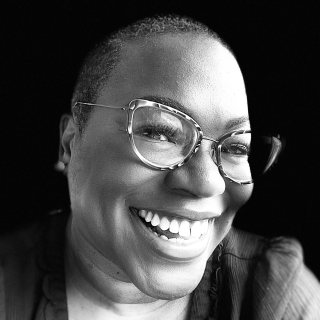 Let’s Talk About This Offline Podcast

Let’s Talk About This Offline Trailer